40 Years of My Brother's Table 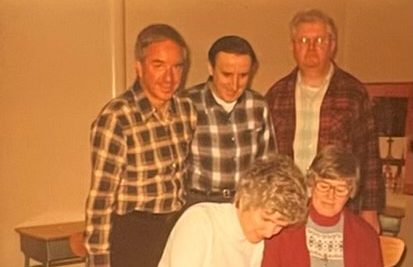 Fr. Lawson and Nancy Ryan meet at a conference and share stories of hunger they have seen in Lynn. The two begin to imagine a place where people would be welcomed and where they would enjoy conversation and free meals. They decide to invite others to join them in exploring the idea of a soup kitchen in Lynn.

The Founders of the Table hold two meetings, inviting the community to be part of creating a soup-kitchen in Lynn.  The community’s response is warm and enthusiastic.

Work begins on building out the first Table location

The Founders locate a former bar on Union Street and with a team of volunteers and skilled craftspeople they gut and renovate the space, creating a cozy homelike atmosphere for the soup kitchen. 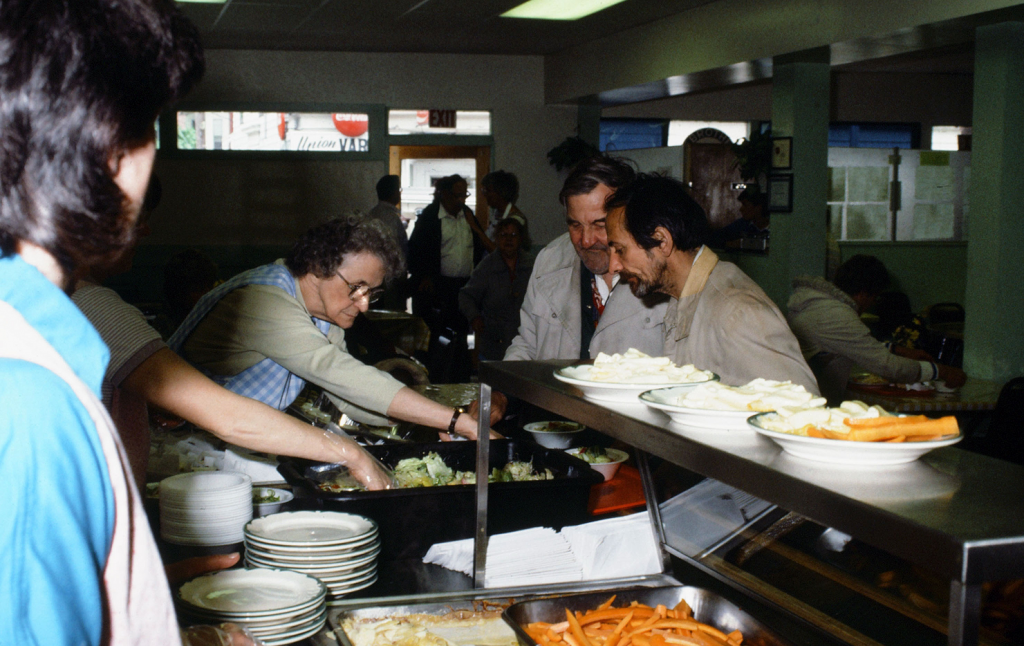 First meals served at the Table

Trinity Baptist Church of Lynnfield volunteers to serve the first meal at My Brother’s Table. Over 100 meals were served on the first evening, progressing to the Table averaging 75 people a night the 3 nights a week it was open. 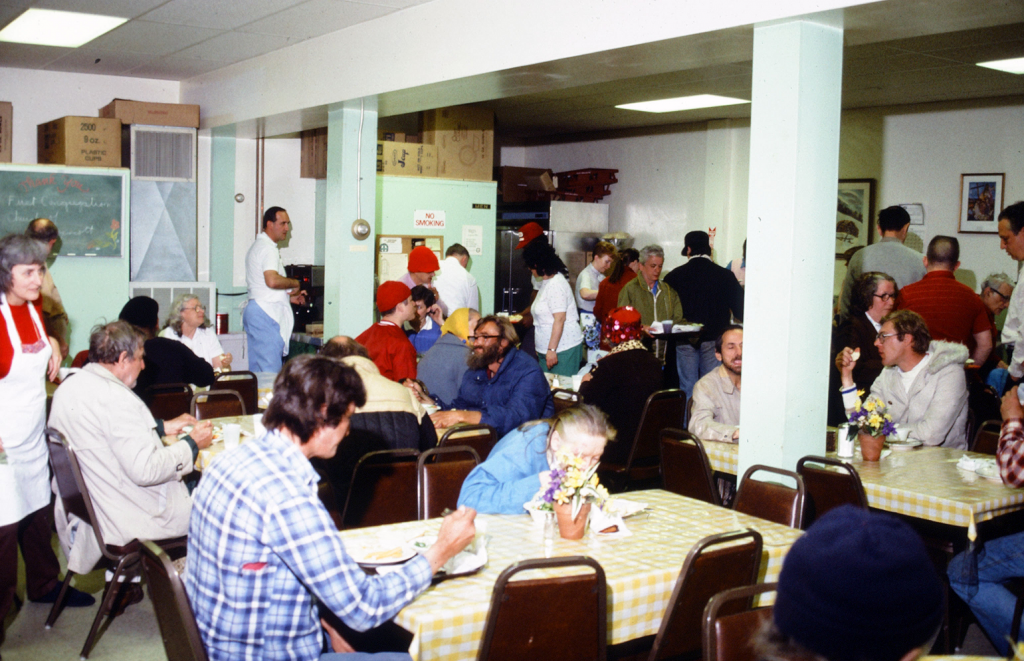 When jobs became scarce during the recession of the 1980’s, guests asked if the Table could be open more often. The Board and volunteers rose to the occasion, first by serving 5 days a week and soon after, serving every day of the week, every day of the year.

While volunteers and staff grew to know the life stories of the guests, they also grew to learn of many gaps in services for people who were poor. There were problems accessing aid, like Social Security benefits and many guests were struggling to afford or find housing. As part of the commitment to serve guests within the context of their lives, the Table hired a full time advocate to provide social service assistance to the guests of the Table. 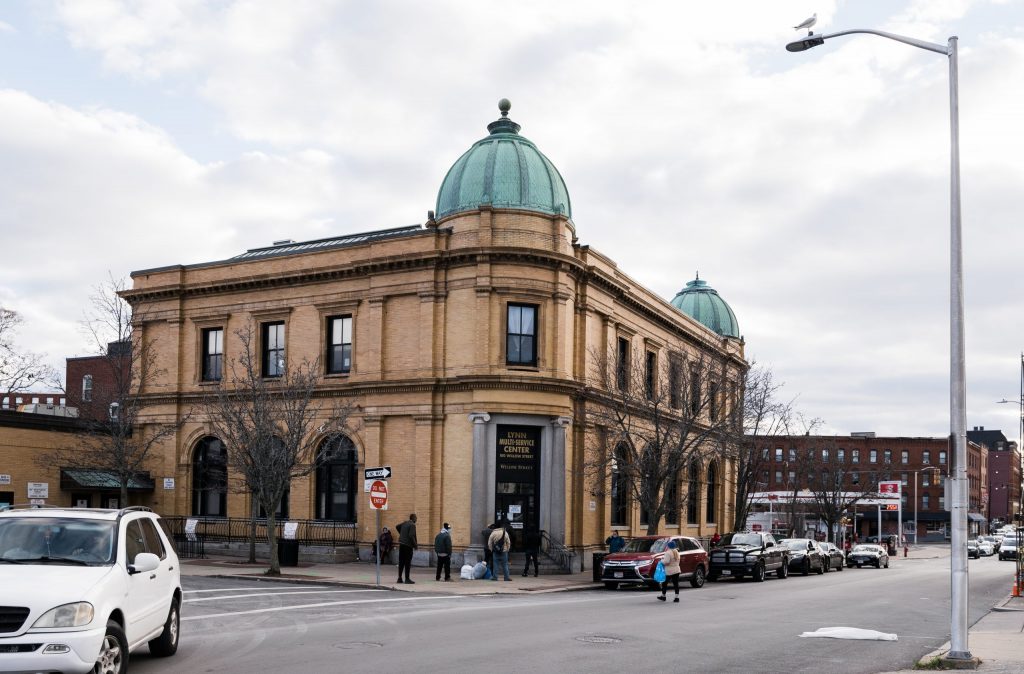 Table moves to the Multi-Service Center on Willow Street

When the City of Lynn determined that Union Street would be redeveloped, the Belcrest building where the Table was located was slated for demolition. The Table sought a new site but was stymied in their efforts to obtain permits needed for relocation. The City of Lynn acquired the building now known as the Multi Service Center and requested the Table to relocate there. Once renovations were complete, the Table moved into its current location. 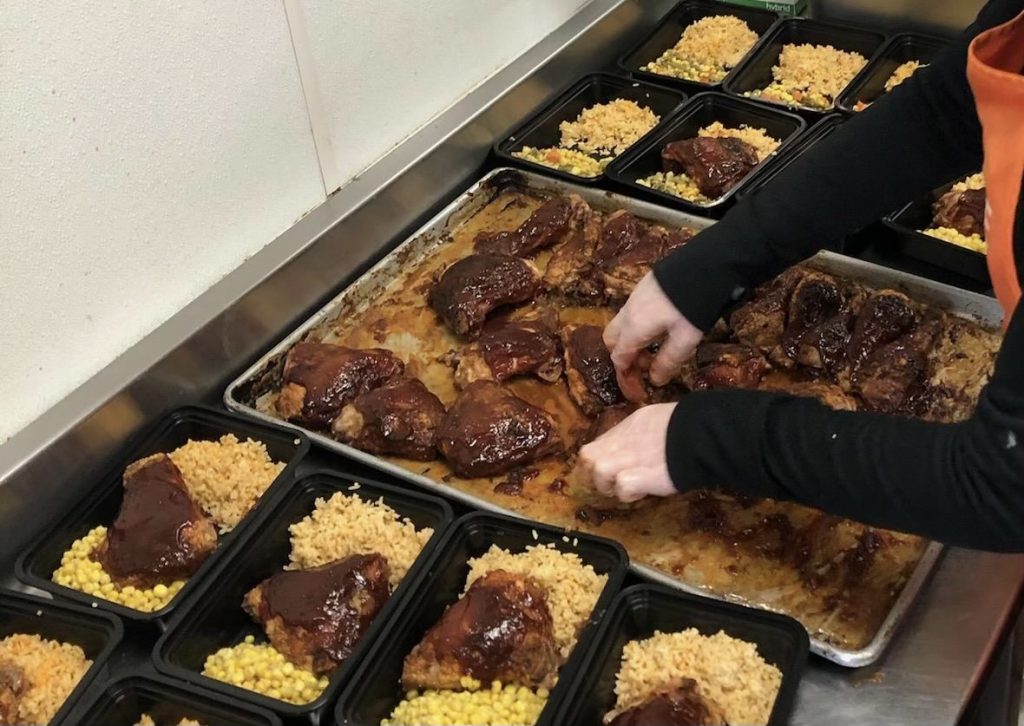 During the difficult early years of the AIDS epidemic, many guests or their family members fell ill and were unable to walk to the Table for meals. In response, the Table began its Dinner Shuttle, delivering meals to homebound individuals and families who were ineligible for Meals on Wheels. The program was renamed Joe’s Meals after Joe Halliwell, the volunteer who ran the program for over a decade.

When Dr. Mazur asked if the Table could use a volunteer doctor at the same time as Tinty Cerrone a retired nurse asked how she could help, the Table’s weekly episodic medical clinic was born. Providing toiletries, simple medicines like aspirin and cough syrup, social work services, and a caring interest in the health of the Table’s guests, the clinic became a popular stop for guests on the way into the dining room. 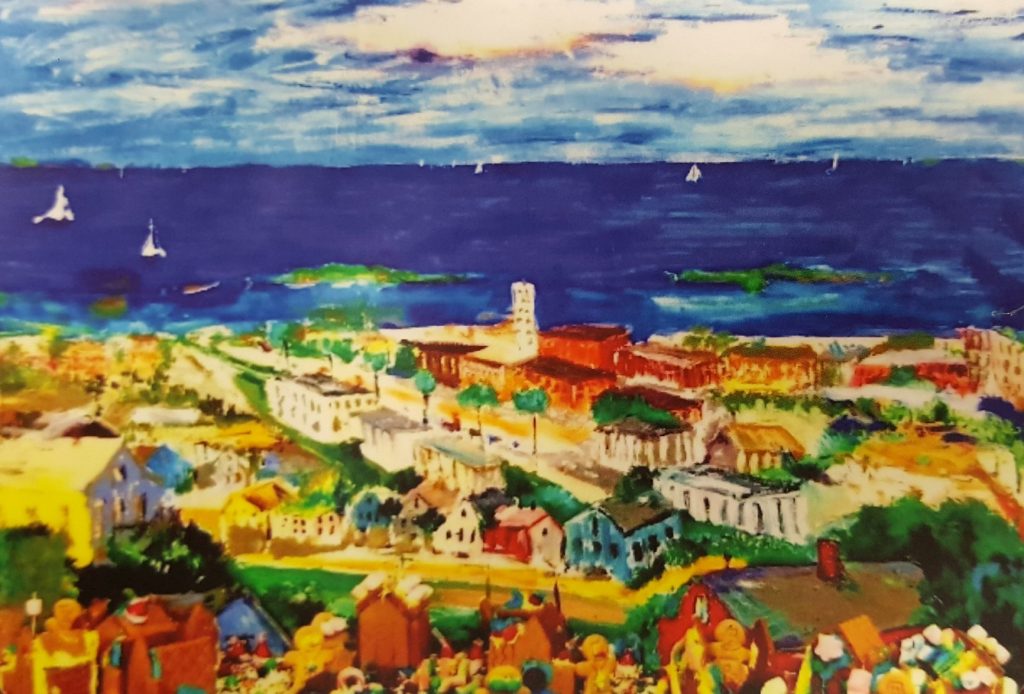 In a partnership with Jason Cruz, a local art therapist, the Table begins a weekly art program in the dining room where guests create works of art while talking and unwinding. Volunteer Cindy McCann later took the reins creating a cityscape of Lynn worked on by artists as young as 3 and as old as 90. 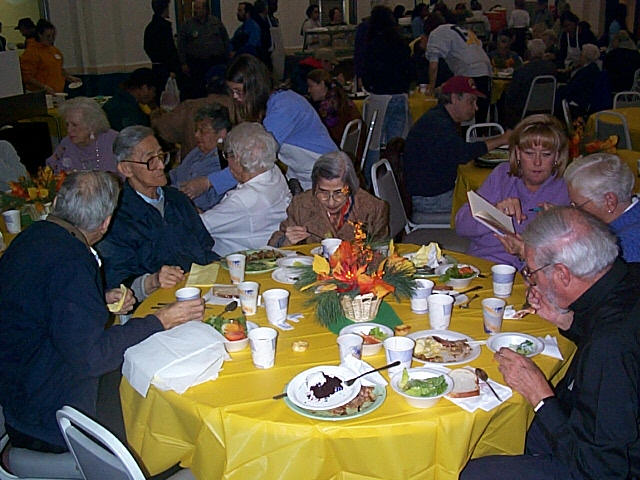 When the Table moved to its current location, the City moved a popular lunchtime AA meeting from City Hall to the Table. This meeting as well as evening AA and NA meetings the Table hosted from their earliest days were forbidden during a bitter fight over renewing the Table’s lease. The Table then began a simple lunch program as the dining room was empty at lunchtime and that program continues to this day. 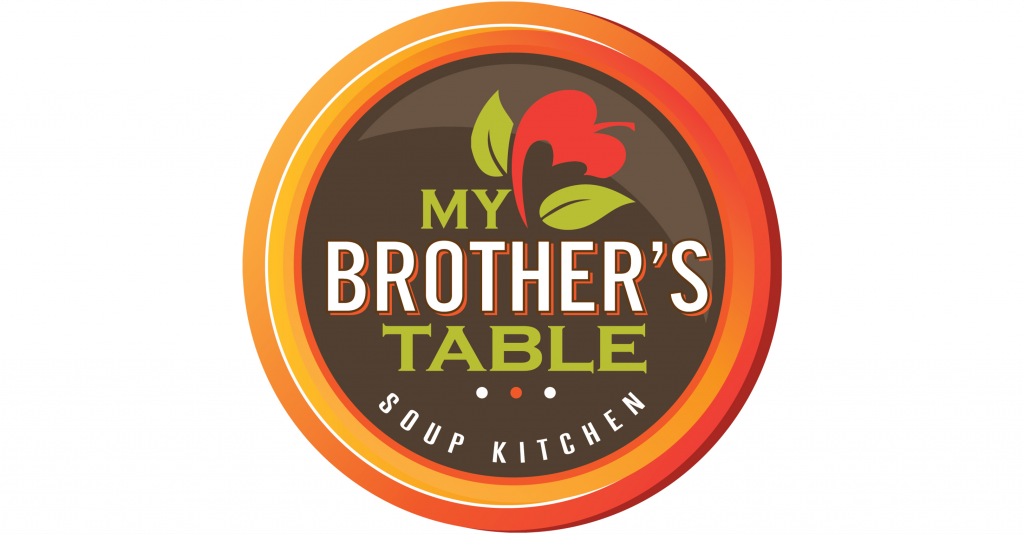 Logo and Mission Statement are updated

In 2012 the Table began a visioning process, looking for ways to communicate their mission to a younger, more diverse generation. This process saw the updating of the Table’s logo and a fresh, short mission statement which captured the heart of the Table’s original mission: to nourish our community every day through hospitality, free meals and unconditional love. 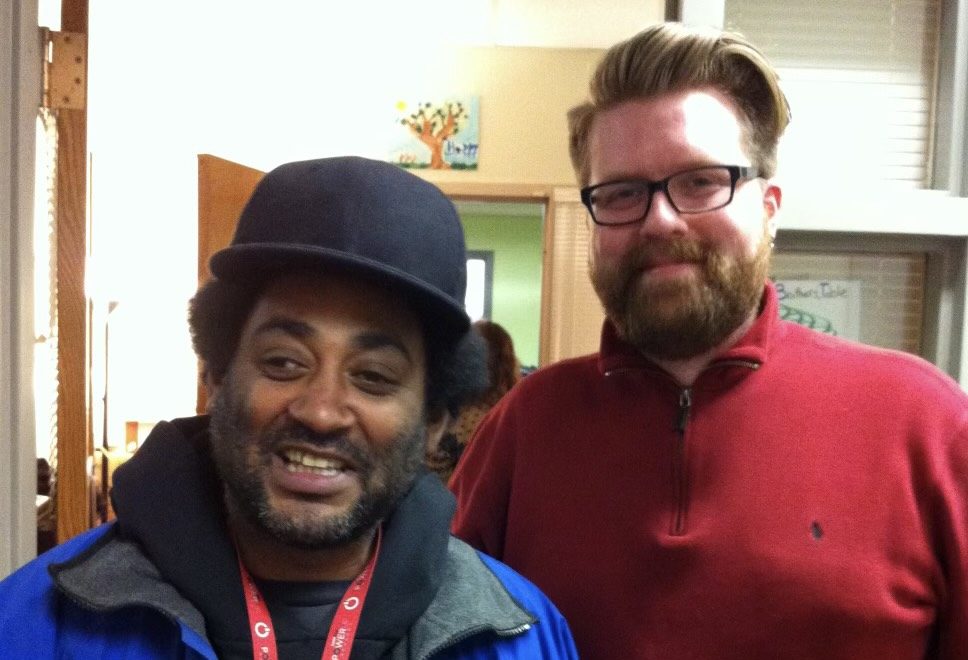 When the Lynn Health Task Force, a health care advocacy group the Table belongs to, received a grant from Mass General to provide outreach services to Lynn residents who were not engaged in primary care, the Table embarked on a project which saw the creation of new clinic space off the dining room, complete with an exam room and lab as well as an outreach case manager from the Massachusetts Coalition for the Homeless and a nurse practitioner from Lynn Community Health Center. 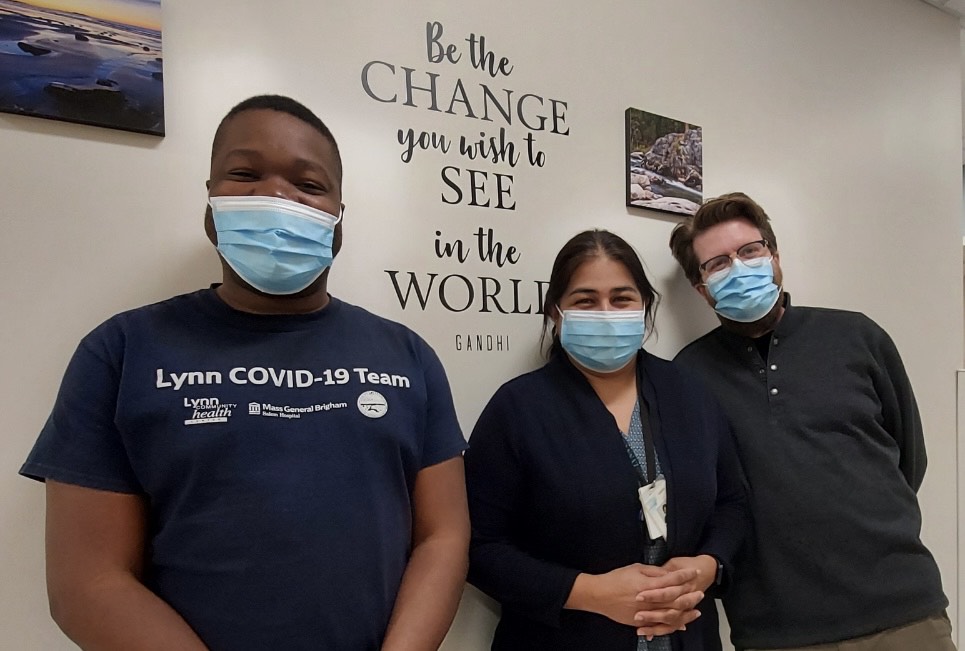 As the medical clinic expanded and as many guests were found who needed somewhere safe to recuperate from illness or injury, the concept of a recuperative care center in Lynn was born. With a community benefits grant from North Shore Medical Center, the respite was built in a former bowling alley and when patients moved in, the Table began providing meals there. 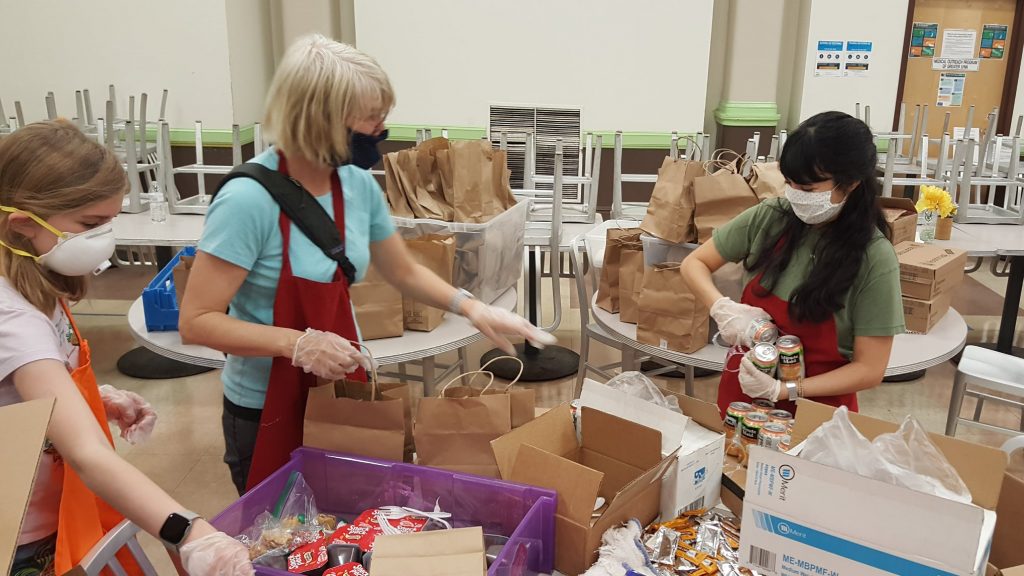 Table shifts to all take-out model

Like the rest of the world, the Table switched its way of doing business overnight as the pandemic hit.  The Table expanded its hours of operation to decrease lines and meet exploding demand and switched to a take-out model where all drinks and meals were served to-go.

In May of 2021, the Table served its 5 millionth meal. It took the Table 36 years to serve its first 3 million meals, but demand during 2 pandemic years added an additional 2 million meals. The Table has been able to keep up with demand only because of the generosity of our many supporters. Thank you for a wonderful 40 years!

Thank you to our 40th Anniversary Sponsors

See what our supporters have to say!